PROFILE OF AN ACHIEVER

“If your actions inspire others to dream more, learn more, do more and become more, you are a leader.” Dr. Felma Reloj Dela Cruz believes so. As a family physician, community volunteer and professional leader, she has been recognized for her noteworthy achievements in promoting healthy communities in her home province.

Born on January 29, 1950 in Polo, Banga, Aklan, she’s the second child of Mansuteo Reloj and the late Felicitacion Yecla. She was married to the late Camilo Dela Cruz with five children.

She studied at Polo Elementary School in Banga, Aklan and graduated Salutatorian in 1961. She finished her secondary education at the Northwestern Visayan Colleges in 1961 as Class Salutatorian. She took pre-medicine from 1965 to 1969 at the University of the East and earned her B.S, in Biological Science also from UE in 1970. She took medicine at the UE Ramon Magsaysay Memorial Medical Center from 1970 to 1974.

For her postgraduate training, she took post graduate internship at the V. Luna Medical Center for one year in 1975 and in-service training in pediatrics at the Department of Health for six months.

After hurdling the medical board, she served as Resident Physician at the Galang Medical Center from 1975 to 1976. Then she went home to Aklan in 1976 and served as Junior Resident to Medical Specialist II at the Aklan Provincial Hospital from 1976 to 1983.

In1983, she started her private practice and established the Reloj Medical Clinic in Aklan’s capital town of Kalibo. She extends her expertise to other hospital facilities in Aklan as a Visiting Family Physician specifically at St. Jude Hospital, St. Gabriel Hospital, Dr. Rafael S. Tumbokon Memorial Hospital and Aklan Mission Hospital.

Her membership in professional, civic and religious organizations afford her the opportunity of serving the communities with great pride and commitment to the welfare of the less-privileged and the marginalized sectors of the society.

She is a Life Member of the Philippine Medical Association (PMA), Fellow-Life of PAFP and member of the Philippine Society of Hypertension. In 2002, she was elected President of Aklan Medical Society, a component society of PMA. She served for three terms – from 2000 to 2002 and 2008 to 2009. Prior to her election as AMS president, she served the society as member of the Board of Directors for five terms (1992-1996) and Vice President for two terms (1997-1999). She has also served as President of PAPF Aklan Chapter for two terms (1997-1999) and member since 1992.

In her home province of Aklan, she is member of the Board of Directors of Kool Earth. She also holds membership in Aklan Tuberculosis Council, Pediatric Practicing Doctors of Aklan, Soroptimist International of Kalibo, Kalantiao Toastmasters Club and Catholic Women’s League. She also founded the Polo Elementary School Alumni Association in her hometown Banga.

Dr. Felma has impressed upon her mind that she can conceived it and her heart can believe it so she knew she can achieve it. Of her business interests, Dr. Felma is a hard working owner of Mia’s Drugstore, Farmacia Reloj and Reloj Medical Clinic which has been serving the health and medical needs of the people of Aklan for many years now.

SERVICE TO THE COMMUNITY

It was said that confidence comes not from always being right but from not fearing to be wrong. As an advocate of healthy communities, she has tried various programs and projects and she was successful. She hosts regular Health Education Program over Radio Bombo every Sunday for several years & other Radio stations upon invitation. She is co- host at Kalibo Cable TVs “Hambae ni Doc “every Saturday with Dr. Emette Custodio from 2005 to 2006.

She has been a regular volunteer in free clinics conducted by the Aklan Medical Society with other Paramedical and civic organizations and health education lecturer in outreach activities. She coordinated with Natrapharm Philippines in providing jetmatic pumps and toilet facilities in selected barangays in Kalibo devastated by Typhoon Frank.

Her participation in the tree planting activities and social visits to the provincial jail as member of civic and religious organizations has been recognized many times.

She played a gracious coordinator of the feeding programs in Polo Elementary School and Lapnag Elementary School funded by alumni all over the world thru email. In behalf of the Aklan Medical Society, she solicited funds for the project “Dugo Mo Buhay Ko” to help the local chapter of the Philippine National Red Cross among members of AMS based abroad and relatives and friends while on tour in USA and Canada.

She coordinated with her other siblings to send their deserving niece to medical school, who graduated already and plan to do the same to other deserving members of the family Dr. Felma, now 59 years old, attributes her success to one single belief that true leadership must be for the benefit of the followers, not the enrichment of the leaders. 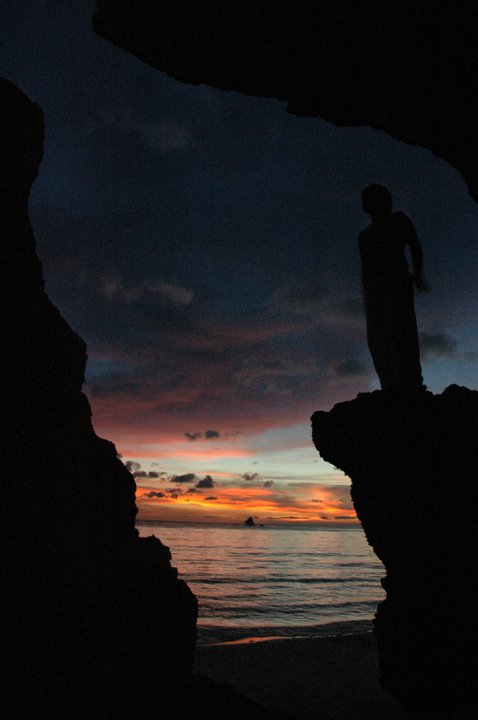 click the image to visit my personal blog site

my weblogs of writings